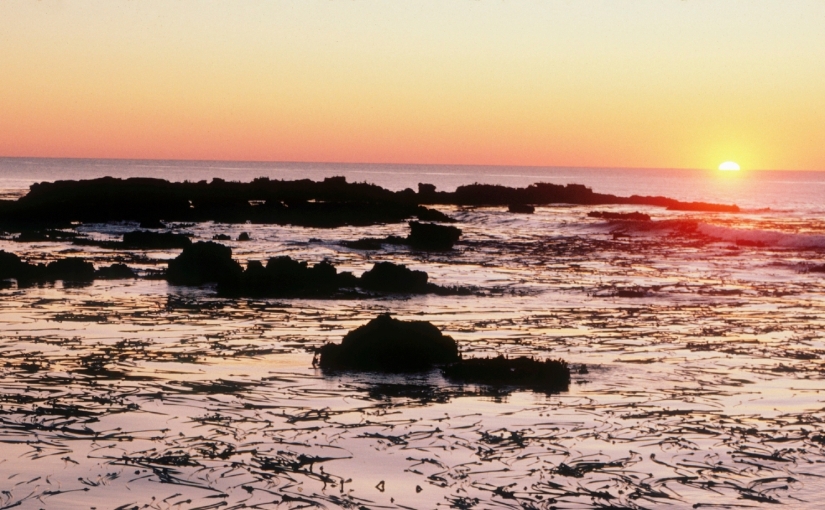 It’s not easy to find good news  when talking about climate change. The latest scientific report from the Intergovernmental Panel on Climate Change spells out in no uncertain terms the magnitude of the challenges we face—and the urgency of action.

It’s true that global scale climate trends continue to be daunting. But the pace of solutions is accelerating. So, in that way I’m among the optimists (along with the newest Nobel laureate in economics). As a global society, we know we must do to get on a sustainable course. We’re making progress faster than ever, and we have more tools to do the job. Many of these tools were created in Silicon Valley, and in other hubs of innovation around the world, from Redmond, Washington to Mumbai, India.

Last month, I left the Global Climate Action Summit in San Francisco feeling energized. Monterey Bay Aquarium played a key role in putting the ocean on the Summit agenda, and it was clear people finally recognize that a healthy ocean is critical to avoiding catastrophic climate change. The question now is: Do we have the will to make it happen?

Judging by the progress being made on the U.S. West Coast, and the business and government commitments announced at the Summit, I think the answer is yes. That’s especially apparent here on California’s central coast. Our region has become the global nexus for ocean education, innovation and impact.

I took away several lessons from the Summit:

1) More people than ever before are talking about the ocean’s importance to Earth’s changing climate.

The Summit featured a day-long program devoted exclusively to ocean-climate issues. And the ocean was on clearly on the minds of climate leaders. “We’re putting so much heat into the ocean, we’re using the sky as an open sewer,” said former Vice President Al Gore.

On a global basis, he said, we’re generating 110 megatons of heat-trapping gases each day. “More than 90 percent of that heat goes into the ocean,” he said. “And it’s disrupting the water cycle that is at the base of life on this planet…We’ve got to connect the dots.”

Meg Caldwell, Deputy Director for Oceans at the Packard Foundation, said a thriving, resilient ocean holds the potential to mitigate some of the worst consequences of climate change.

“While the problems facing our ocean are complex—and the approaches we take to address these threats may differ from place to place—the basic path to creating a better future for our ocean and our climate is clear,” she said. “Stop the activities that do the most harm, and create incentives for the solutions that do the most good for the ocean and people.”

2) Solutions are available—and are being implemented at an increasing pace.

Costa Rican diplomat Christiana Figueres, who directed the United Nations climate change efforts that culminated in the Paris Agreement, is confident the world is already on the path to a low-carbon future. Renewable energy sources, once a boutique commodity, are now doubling every 5.5 years, she said. All major vehicle manufacturers have electric models, which were a rarity 10 years ago.

The financial sector will make $1 trillion available by 2021 to pay for green infrastructure, Figueres continued. Divestment from carbon fuel industries is happening at a rate of $6 trillion globally, and rising. Society, she said, has “disassociated greenhouse gases from [gross domestic product] growth.”

Extending these trends into the future, Figueres sees a zero-emission global economy: “We are already on a journey of exponential transformation.”

3) Businesses, governments and nonprofits are creating a clean-energy future.

As part of the We Are Still In movement—a coalition of U.S. businesses, municipalities, universities and institutions committed to the Paris Agreement climate targets—the Aquarium announced it will achieve net-zero carbon emissions and a vehicle fleet completely powered by renewable energy by 2025.

Similar announcements came from some of the world’s biggest cities and businesses. For example, the City of Los Angeles committed to a zero-emission transit fleet in time for the 2028 Olympics. Salesforce co-founder and CEO Marc Benioff announced that 21 leading tech companies are aiming for net-zero carbon emissions by 2050.

“The business of business is not simply making money,” Benioff said. “It’s to improve the state of the world. Taking action on climate change is a competitive advantage. The spirit of innovation that has transformed our world must be harnessed to save our planet. Each and every one of us must step up.”

4) These commitments, and many more, illustrate the transformational pace of change.

For over 30 years, the Aquarium has been a voice for the ocean—inspiring tens of millions of people from around the world to be active stewards of our blue planet.

We’ve been preparing the next generation of diverse ocean conservation leaders, who are science-literate and ready to act. Working with governments, businesses and NGOs, we’re forging solutions to the biggest threats to our global ocean. We’re pursuing a vision of a sustainable seafood supply, a plastic-free ocean, and ocean policies based on the best available science and technology.

And yes, working across sectors and borders, I’m confident that we can realize our most ambitious vision: a zero-emission global economy.

It’s time: We must prioritize the health of the ocean. It’s our first line of defense to ensure a livable future for all life on Earth, including humanity. The fate and future of 7.5 billion people hinge on decisions we make today.

Learn more about how the Aquarium is taking action for the ocean in our 2017 Conservation & Science Report.