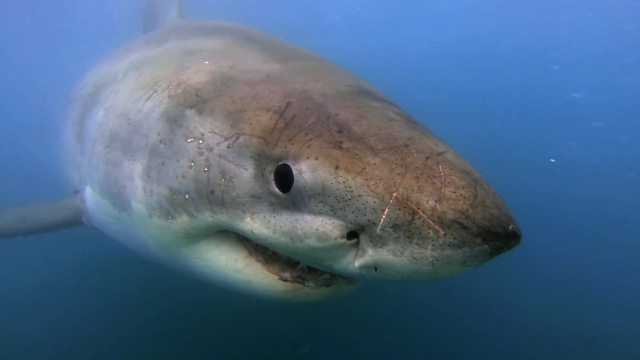 This spring, a diverse team of ocean scientists headed to the middle of the Pacific Ocean, seeking to explore the vast and mysterious home of one of the world’s top ocean predators: the white shark.

Guided by the sharks and their need for a steady supply of food, the researchers sailed into the heart of what was once deemed an oceanic “desert.” They discovered that the open Pacific, particularly an expanse dubbed the White Shark Café, teems with abundant and unusual life forms—organisms that may help explain the fascinating behaviors of white sharks on the high seas.

“The Café is far from the desert it was thought to be,” says Aquarium research scientist Dr. Sal Jorgensen. “It is home to an abundance of life that satellite imaging is not detecting. In fact, for white sharks, it is more of an oasis.”

The White Shark Voyage team embarked from Honolulu for a month-long journey aboard the Schmidt Ocean Institute’s R/V Falkor and traveled east to waters halfway between Hawaii and Mexico.

While no one knew what they’d find, everyone hoped to gather insights about what might be driving the behaviors of white sharks, and what role this offshore habitat plays in the lives of these apex ocean predators.